Almost perfectly due north of Madrid, on Spain’s Atlantic Coast (just southwest of San Sebastián), is Bilbão—home to Frank Gehry’s trippily designed Guggenheim and the Bizkaiko Txakoli DO (Denomination of Origin). This appellation is one of a handful of Txakoli-producing zones scattered along Spain’s north coast, where the array of indigenous grapes is headlined by Hondarribi Zuri (white) and Hondarribi Beltza. Located in the seaside village of Bakio and centered around a farmhouse and winery first constructed in 1852, Doniene Gorrondona was founded by winemaker Itziar Insausti and journalist Andoni Sarratea. They sustainably farm 16 hectares of vineyards, most of which are planted to white varieties, although they are also known as one of the few holdouts still devoted to Hondarribi Beltza and other native reds.

This 2019 effort is visceral, elemental, transparent white wine, fermented on ambient yeasts in stainless steel and typically bottled early in the year following the harvest. There is a hint of effervescence that dissipates with time open, something the folks in Basque Country accelerate by pouring the wine from the signature long-spouted pitcher known as a porrón. Whether you go the porrón route does not matter—what matters is that you get this in your glass with whatever fresh seafood suits you best. In the glass, it’s a pale straw-gold with green highlights with aromas of tart green apple, white peach, salted lemon, wild mountain herbs, sea salt, and wet slate. It is light-bodied and racy on the palate, with some florals and a nice squeeze of citrus complementing the savory “sea spray” character. It’s meant for drinking now and often! 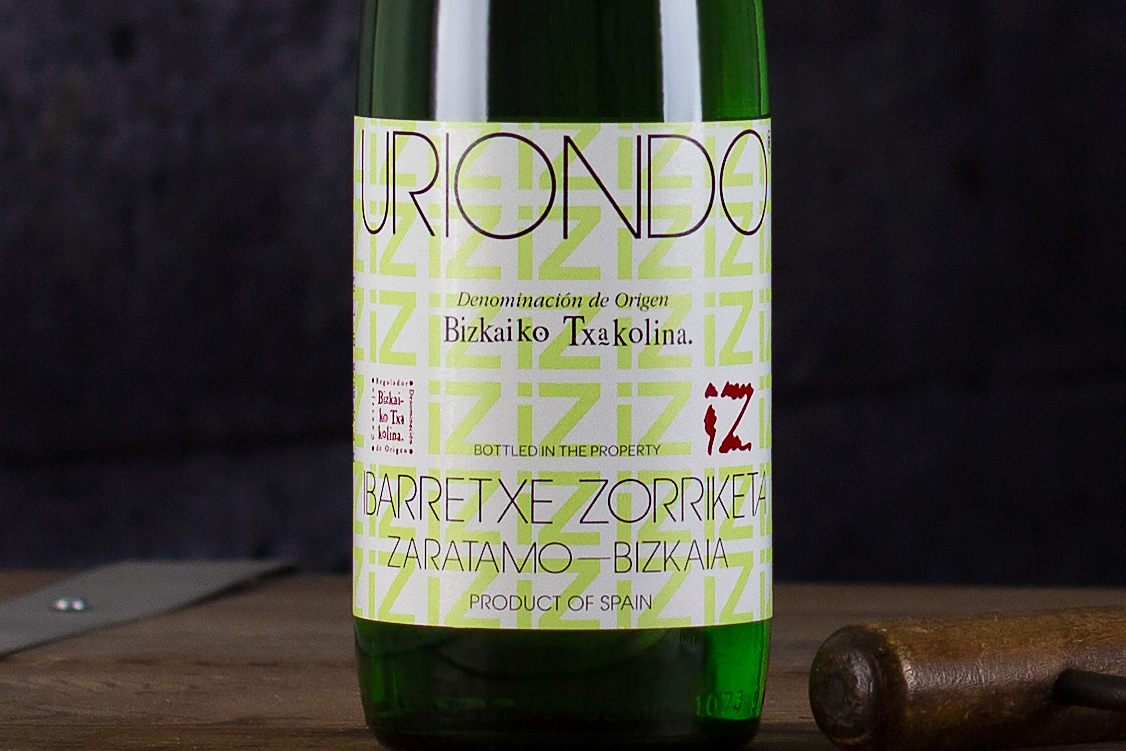