“The three Champagnes in front of you are not random selections, but rather a specially curated collection of world-class sparklers: a profound Blanc de Blancs, a complex 2012 Blanc de Noirs, and a stunnning Grand Cru that combines both Pinot Noir and Chardonnay.”
Ian Cauble, Master Sommelier

For this year’s holiday pack, we pulled off a feat that’s been impossible for many: Singling out three bottles to represent the kaleidoscopic landscape of contemporary Champagne. We did that by drowning out the hype/trends and simply focusing on Chardonnay, Pinot Noir, and Meunier. Much has changed in Champagne over the last 50+ years, but its three noble grapes have not—they have been constants, with over 99% of all bottlings containing them in some form, be it as a blend or solo act. So, after tasting through a veritable gauntlet of bubbles, we’ve emerged with three exceptionally delicious and fascinating bottles that best capture the essence of Champagne: a Grand Cru Blanc de Blancs; an ancient-vine Blanc de Noirs; and a Grand Cru blend that marries the best qualities of Chardonnay and Pinot.


Bottom line: We offer you a steady stream of world-class Champagne all year round, so we were determined to ensure today’s holiday three-pack would provide full coverage of this iconic region while carrying you into the New Year in style.

NOTE: Free ground shipping on your first pack. Please refer to our Holiday Shipping Calendar for order cutoff dates. All UPS Ground orders are guaranteed to arrive at your door before Christmas if ordered by Dec. 5th. Please note, this product is not eligible for Build a Case.

Champagne Voirin-Jumel, Grand Cru Blanc de Blancs
I’m not sure why we’ve never offered this before. It instantly stunned the entire room with its classy label, creamy palate, and blazingly mineral finish that can only come from the Grand Crus of Côte de Blancs. Perhaps the property’s tiny size is why this wine has evaded our reach for so long: The family only farms 11 hectares and a fraction of their production finds its way into America. Today’s 100% Grand Cru Chardonnay is a blend of two vintages that aged in bottle for three-plus years prior to receiving a disgorgement of six grams. This is phenomenal Champagne. A perfect starter to a meal or party.

Champagne Lamiable, Grand Cru “Souffle d’Étoiles” Extra Brut
Next up, we have a blend of Pinot Noir and Chardonnay from the villages of Bouzy and Tours-sur-Marne, two of Champagne’s 17 Grand Crus. A whopping 40% of this bottling was infused with a perpetual blend of older vintages that have been slowly aging in Lamiable’s vaulted cellars for many years—that’s why each layer has far more profundity and depth than the average bottling. Lambiable’s story is a classic one: They settled in Champagne as farmers during the 1700s and it wasn’t until much later they began growing grapes and selling wine. As they proudly say, “terroir is our DNA.” As such, they keep aging relatively short and bottle the wine with a lower Extra Brut dosage to let the soil character shine through. This Grand Cru Champagne is both breathtakingly refreshing and wildly nuanced, a wine that deserves the company of connoisseurs.

2012 Champagne Roger Coulon, Blanc de Noirs Millésime
And finally, we have a new disgorgement (this year) of an intensely textured and savory 2012 blend of Pinots that’s making a rare second appearance after a 31-month absence. Never mind the fact that the total global production for tonight’s elusive gem started at 250 cases—that’s nothing compared to the staggering rarity of the precious juice itself. From my estimate, Coulon’s 2012 Blanc de Noirs belongs in the 0.1% of Champagne, and yes, that decimal is in the correct place. Why? One-half of this cuvée comes from ungrafted Meunier vines, something that’s become practically extinct in Champagne. That alone is enough for me to pounce on the wine but there’s just so much more to factor in: (1) the 2012 vintage, which has earned heavy comparisons to the legendary years of 1996, 1990, and 1947, (2) the exceptional quality and pedigree of an artisanal family estate, (3) the Premier Cru Pinot Noir that rounds the wine out, and (4) the actual drinking experience. As for the latter, this is a luxuriously rich, vinous, deeply thought-provoking Champagne built for hours of contemplation and conversation. 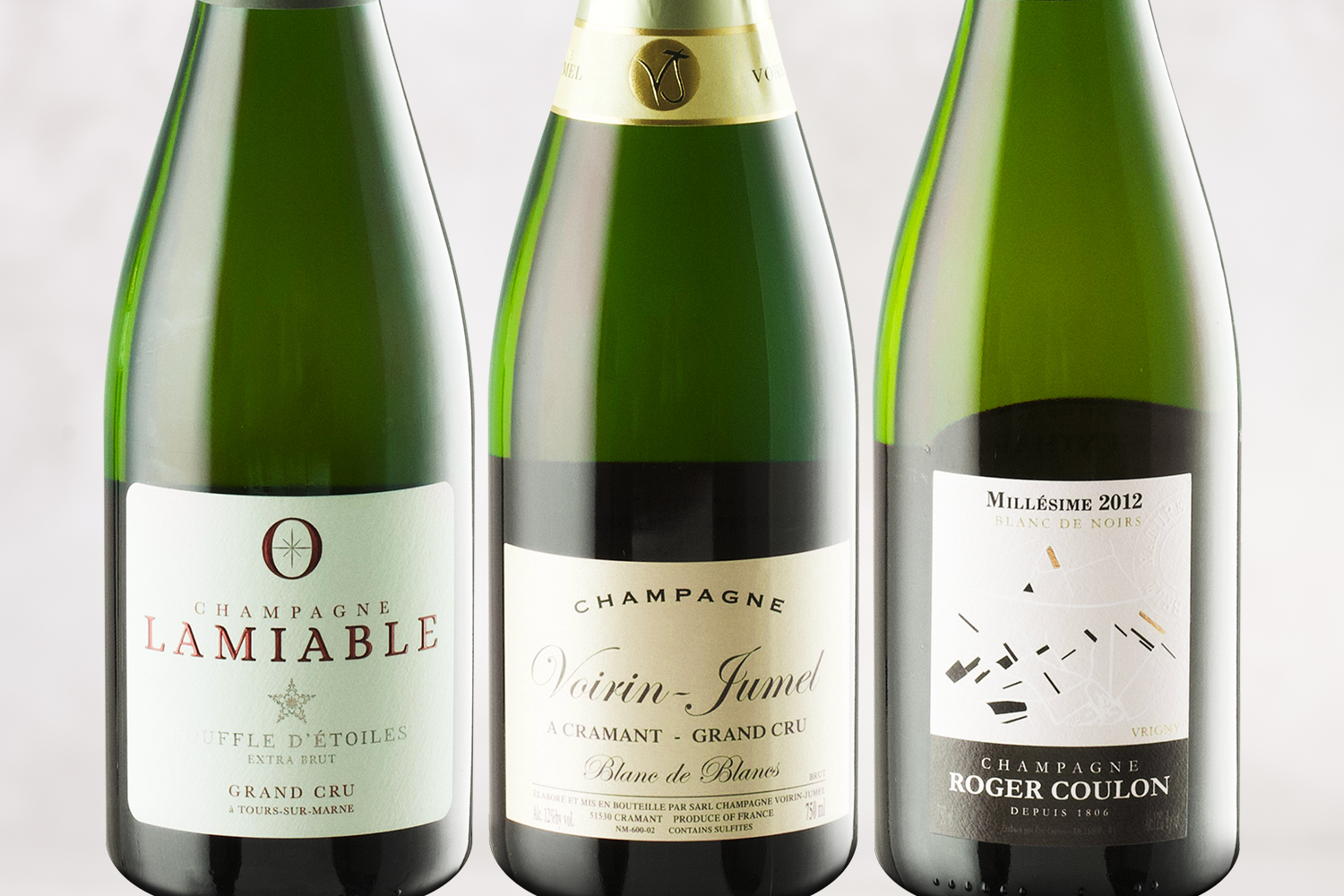