“Shea Vineyard graces the pages of more A-list wine menus than any other vineyard in Oregon. Known for its combination of finesse, depth, and power, today’s 2017 offers a luxury experience that most people believe only Grand Cru Burgundy can deliver.”
Ian Cauble, Master Sommelier

When speaking about the raw material of “Shea Vineyard,” one needn’t look far (or at all) before being met with some of the most reverential praise for domestic Pinot Noir. When writing up their piece on “10 Vineyards Behind the World’s Most Famous Wines,” The Wine Enthusiast famously included Shea as one of them, and The Wine Bible author Karen MacNeil followed that praise by calling it “one of the greatest vineyards in the Willamette, and a vineyard that, were this Burgundy centuries ago, would have probably been deemed Grand Cru.” Given that these fabled Grand Crus took form over many centuries, one could easily say the Shea Vineyard deserves just as much admiration—if not more!—for what’s been accomplished since the first vine was planted in 1989.


Now, top labels from Oregon, California, and Washington flock to this venerated Willamette Valley site year-round in an attempt to purchase fruit. Many might say proprietor Dick Shea couldn’t have predicted this level of success 32 years ago but taste today’s 2017 from his on-property estate, Shea Wine Cellars, and it’s immediately evident he’s been masterminding this saga since day one. To be clear, this isn’t a lean and crunchy Oregon Pinot Noir but rather a beautifully lush, polished, dark-fruited showpiece not unlike the prestigious Grand Crus of Domaine Gros Frère. These wines have been called “cult classics” for a reason...

Not many people have the ability to relocate to the Willamette Valley’s Yamhill-Carlton District and purchase a sprawling forested farm, but then again, not many people worked on Wall Street for a quarter-century! That was proprietor Dick Shea’s vocation until the late 1980s when he and his wife Deirdre snapped up a property with a dream to grow Pinot Noir. After their first few harvests, it became abundantly clear there was immense potential in this micro-climate, so Dick decided to amend his original goal in 1996 to include winemaking.

While Dick would never utter the words himself, it’s hard to argue against Shea Vineyard churning out some of America’s finest, high-in-demand Pinot Noir. Soils here are marine sediment over fractured sandstone that allows for quick drainage and the vines’ abundant sun exposure produces wonderfully ripe, concentrated clusters that result in deeply polished Pinot Noir bottlings. That’s only half of the formula though: The Shea family’s fastidious dedication to sustainable, eco-conscious farming completes these wines. They have a full-time, 14-person vineyard management crew to touch each of their 200,000 vines no less than 15 times each year.

Roughly 20% of each harvest is reserved for production at Shea Wine Cellars and today’s 2017 Estate Pinot Noir marries all of their vineyard blocks. The grapes were harvested over two weeks and after fermentation, the resulting wine aged in French barrels, 40% new, for just under one year. 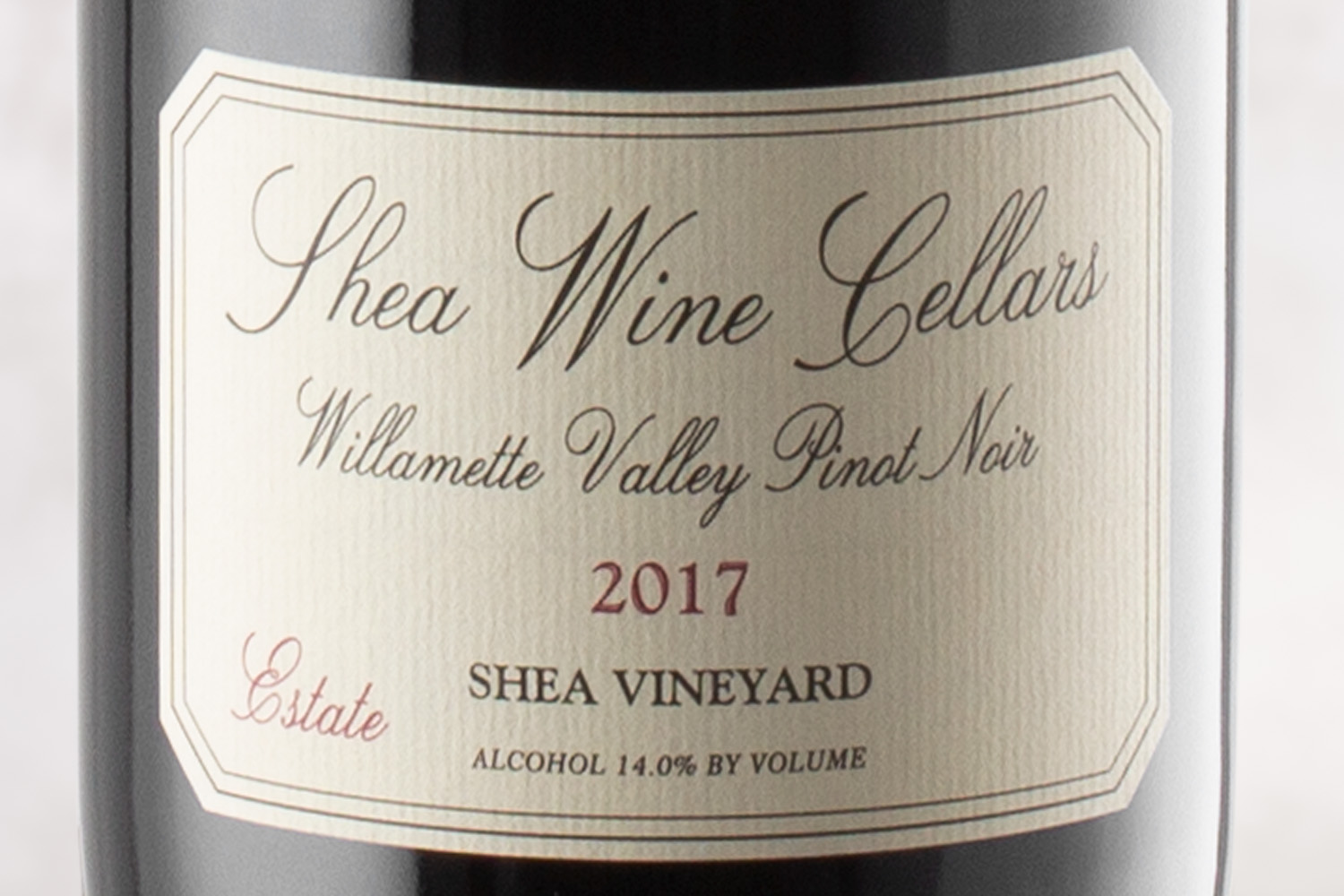