NOT AVAILABLE  |  $29
Wine Info More Offers Wine Shop Join a Club
FREE Shipping on any 6 bottles!
“Many have done so already, but if you haven’t yet placed Spain’s Rías Baixas among the greatest white wine-producing regions in the world, it’s time to do so. And if you aren’t drinking these wines regularly, well, it’s time to change that, too.”
—Ian Cauble, Master Sommelier

If you were to poll wine experts as to where the greatest white wines in the world are made, the response would be very France-centric, with a few nods to Germany and Austria thrown in. But lately, there’s another region of the world banging on the door, demanding entry into this exclusive club: Spain’s Rías Baixas, and more specifically, its Val do Salnés subzone.

Reaching right to the edge of the Atlantic Ocean and considered the birthplace of the Albariño grape, the Val do Salnés is where you zoom in to find the very best. It’s the home of perhaps the most celebrated Albariño producer of them all—Do Ferreiro—along with other luminaries such as Nanclares y Prieto and Zárate, and with each new vintage, the wines from this exceptional terroir get more ambitious, more distinguished…more everything. The latest evidence to this effect is today’s masterful white from Bodegas Fulcro, a relative newcomer to the Val do Salnés whose “A Pedreira” captures everything that’s special about this grape in this place. Grown in granitic sands within eyeshot of the Atlantic Ocean, this is not some simple, salty, seaside quaffer but a wine of true power, polish, and persistence. There’s no doubt it comes from a coastal terroir, there’s just more profundity to it than we typically ascribe to such wines. But that’s the Val do Salnés. This isn’t just any old place, or grape—it’s the perfect marriage of both, much like it is for Chardonnay in the Côte de Beaune or Riesling in the Mosel River Valley. For me, the top Albariños already rank among the world’s white-wine greats. This 2019 is merely a delicious and affordable reminder—taste it and I’m certain you’ll agree!

In both scale and spirit, Bodegas Fulcro is a true “garage” winery, founded in 2009 by Manuel “Chicho” Moldes, who had made wine as a hobby before entering the commercial realm. His winery is in Pontevedra and his vineyards are right on the coast, in the municipalities of Sanxenxo and Meaño. This is the cool, wet heart of the Rías Baixas, a tangle of streams winding their way to the ocean through soils of decomposed granite and coarse sand. “Pedreira” is the name of one of Moldes’ most prized single vineyards, where vines average more than 30 years of age and the soils are rich in minerals such as mica and quartz. Moldes works his parcels by hand, eschewing chemical inputs, and produces only about 30,000 bottles of wine in total per year.
“A Pedreiras” is Bodegas Fulcro’s flagship wine, crafted from 100% Albariño fermented on native yeasts in a combination of stainless steel (60%) and used, 500-liter oak barrels (40%). The wine does not undergo malolactic fermentation (a secondary fermentation converting sharper malic acid to softer lactic acid), but does spend about five months aging on its lees (spent yeast cells); the result is a wine that displays some creaminess on the palate while maintaining lots of racy acidity and the telltale salinity so typical of Rías Baixas whites.
Indeed, the magic of great Val do Salnés Albariño is the way it packs lots of white peach fruit, creamy mid-palate texture, salty sea spray, and abundant freshness into one bottle. If you’re looking for a simple “salty rinse,” this isn’t it—it’s much, much more. In the glass, it’s a pale straw-gold with greenish highlights at the rim, sending off aromas of salted lemon, white peach, green mango, fresh green herbs, crushed rocks, sea salt, fresh cream, and chamomile tea. Medium-bodied and crisp, with an oyster shell note that makes you think of more textured styles of Chablis, it also displays a slightly tannic note, like well-steeped green tea, that is classic to the Albariño grape. It is powerful and focused and will certainly age nicely over the next 3-5 years, but then again, why wait? Decant it about 30 minutes before serving at 45-50 degrees in all-purpose stems and you are good to go. Get your hands on some octopus, fire up the grill, and prepare yourself for the greatest meal of the Summer. This is the real deal! Enjoy! 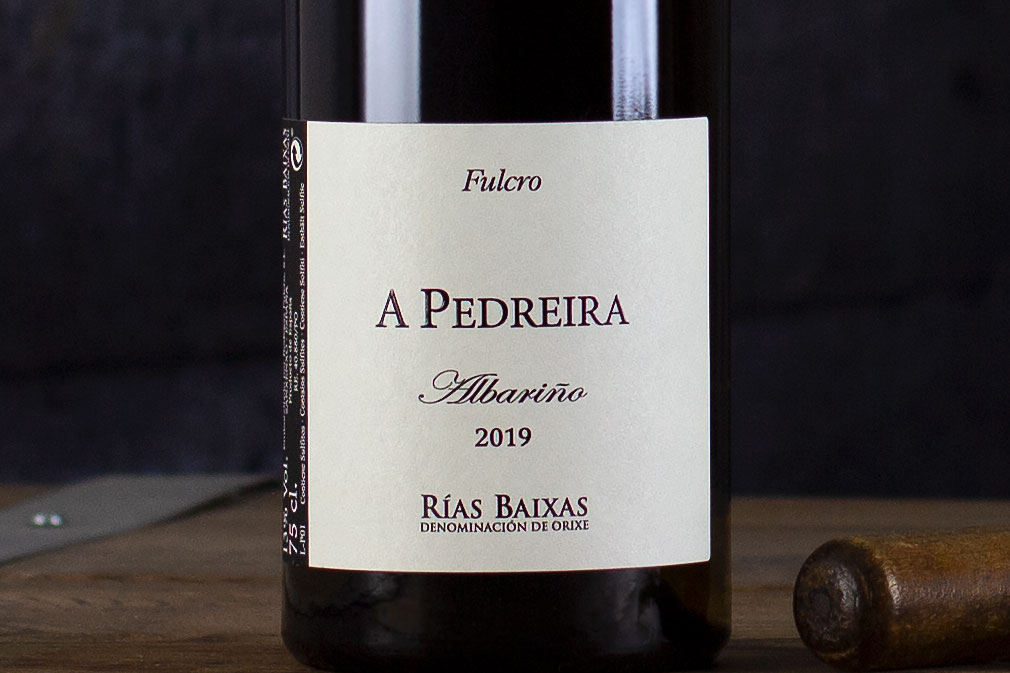 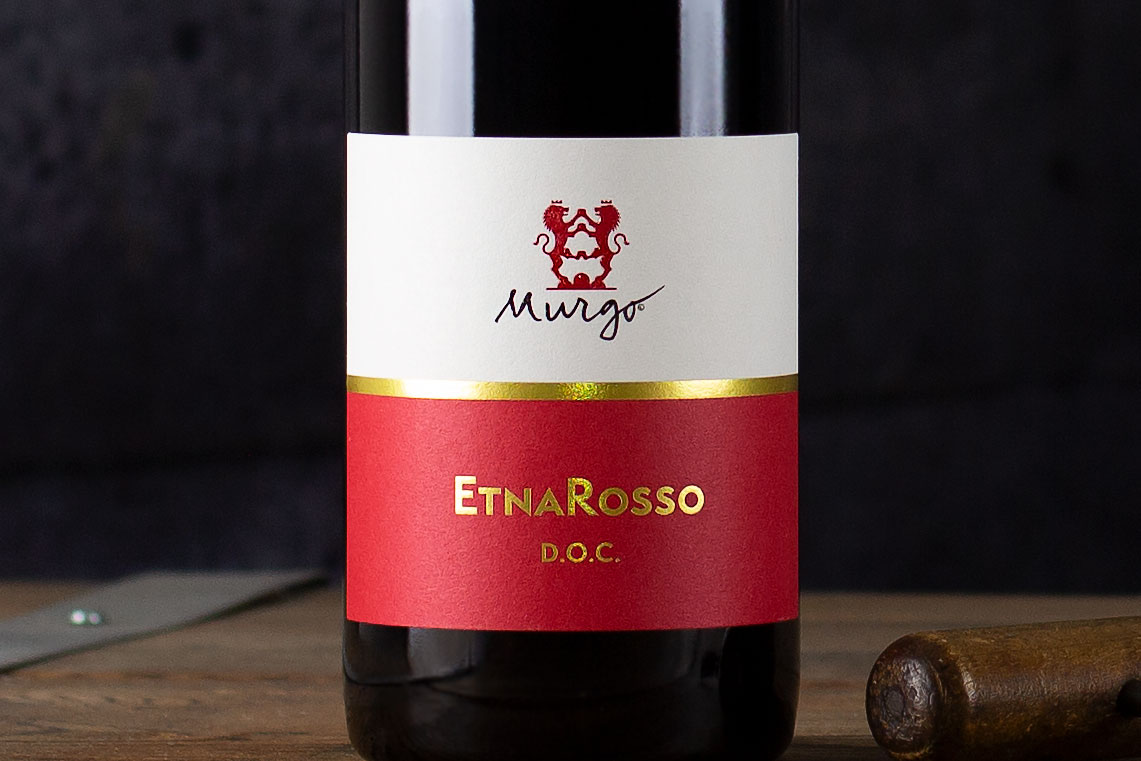 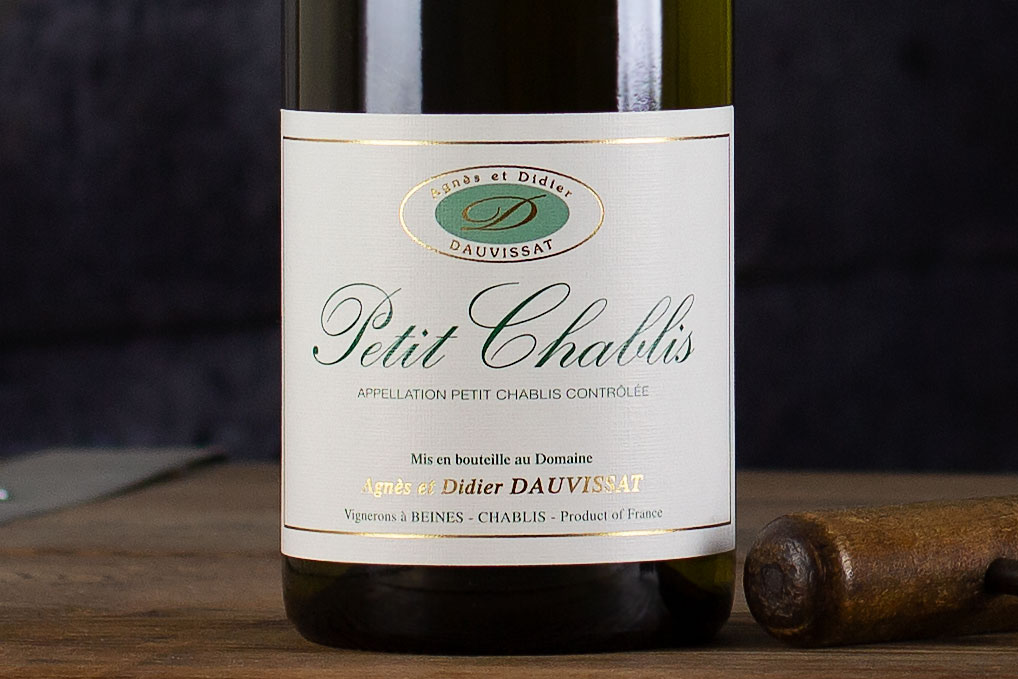 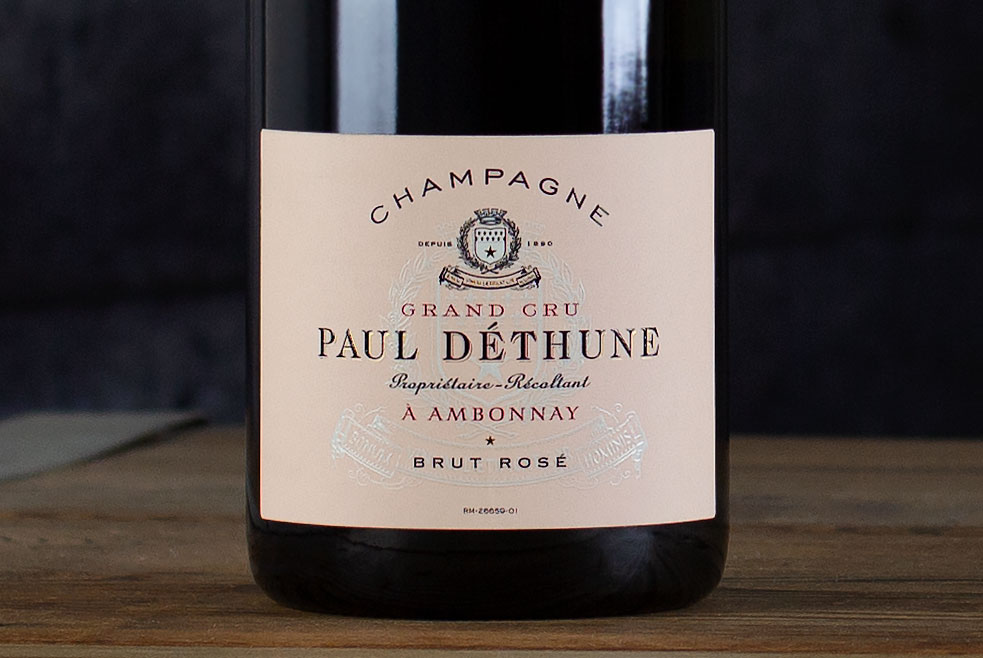 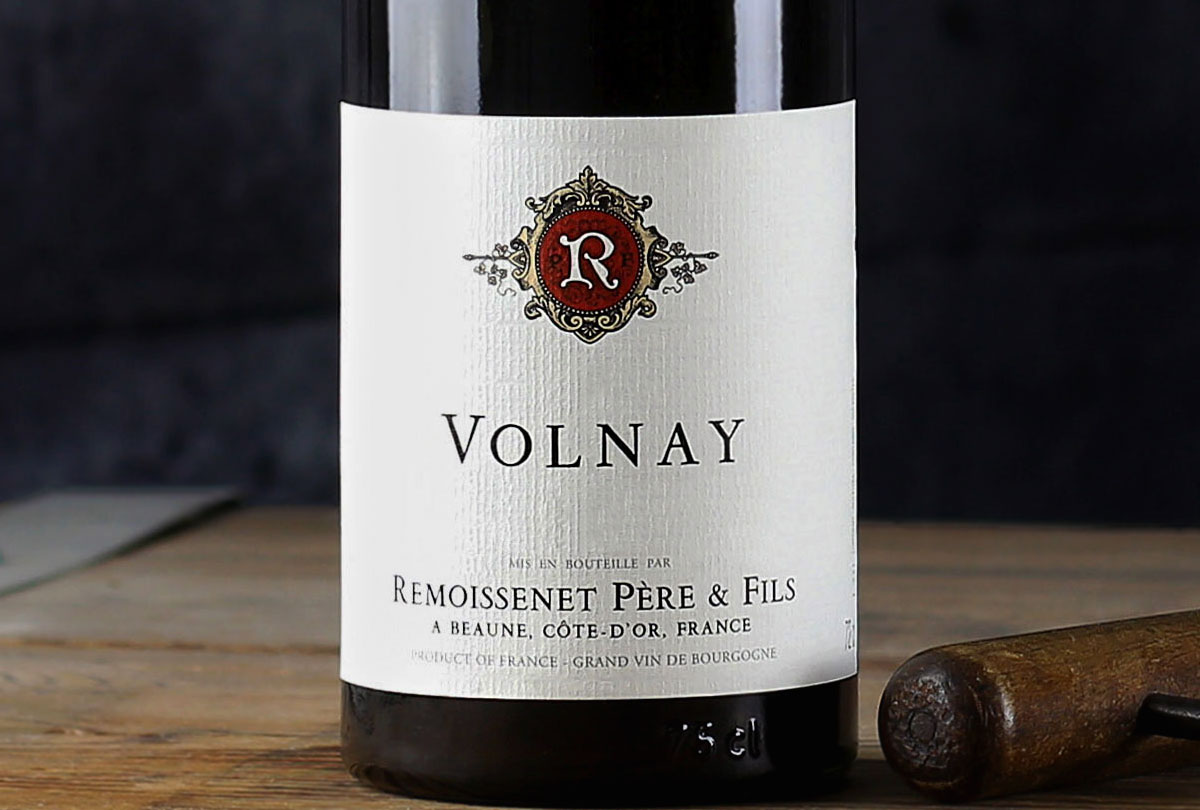 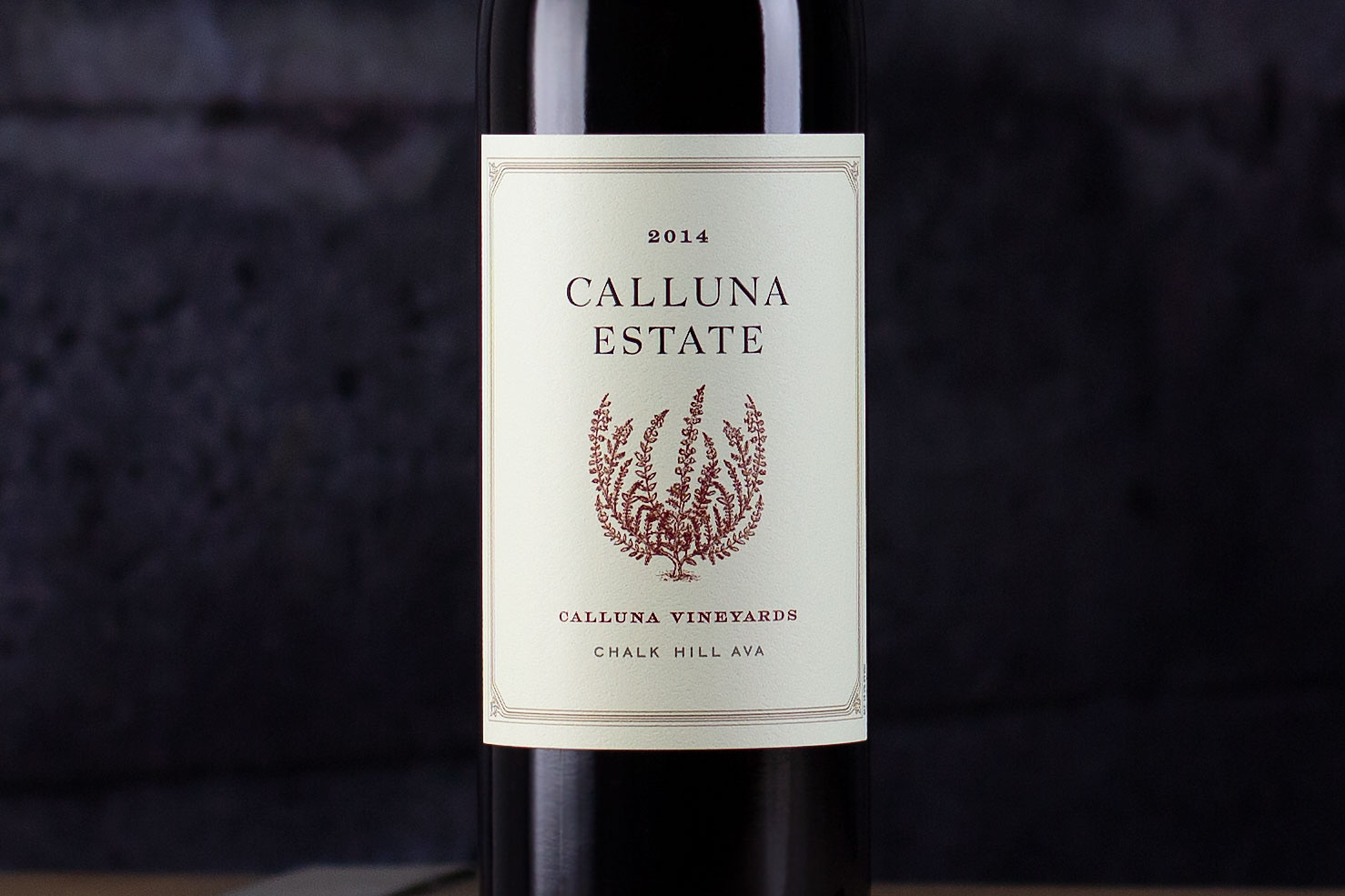